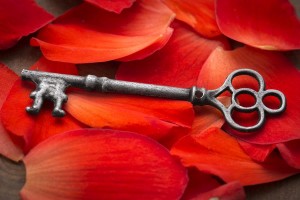 Carol L. Cummings has been a professional astrologer and Dream analyst for 30 years. She utilizes her gifts of clairvoyance, empathy and  understanding of symbols in interpreting dreams as well as astrology charts. She is intuitive and compassionate in her work. She often quotes her spiritual teachers, which have included Christian, Buddhist, Hindu, Taoist and Cherokee.

Published by Fair Winds Press Carol’s book “Sex Dreams” provides a simple to understand approach to understanding dreams.  Her Self-Help subliminal CD “Mastering The Dreaming Mind” has proven to be a favorite among serious students of dream study. Being the main attraction at fairs, expos and on-location gigs Carol has gained respect from the public for her practical, down to earth approach to solving problems in our everyday life. As her popularity spread she appeared on CBS television news specials and a reading with Carol was voted as one of the top 3 best gifts to give for Mothers day on The NBC morning talk show by Bobbie Thomas.  Famous TV host Hoda Kotb mentioned the reading she had with Carol in her book “How I Survived War Zones, Bad Hair, Cancer and Kathie Lee.”  Carol has been as a guest on over 300 hundred radio stations since 1993 doing live dream interpretations for call-in listeners. Articles featuring her work have appeared in magazines such as In-Touch, SELF and Cosmopolitan, both here and in the UK. For 7 years Carol has written articles for the specialized astrology magazine Zodi Habit. On-going dream study groups as well as astrology classes for beginners, intermediate and advanced students are a vital part of Carols teachings.